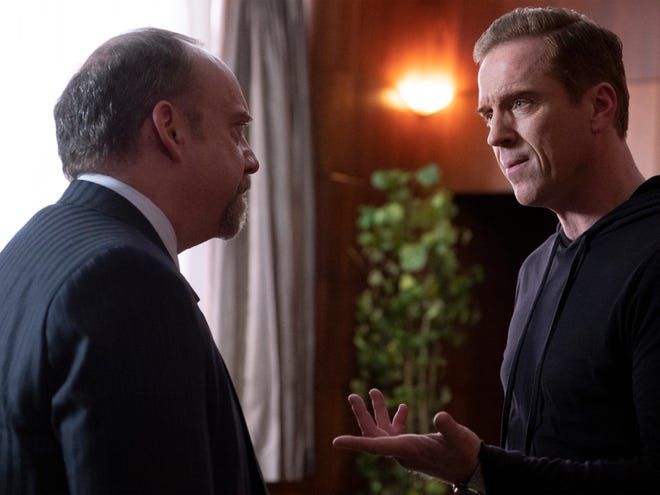 The leisure business has a love-hate relationship with Wall Street. Hollywood is aware of viewers love tales about individuals who have, spend and waste piles of cash, however usually hate (or envy) the bankers, merchants and and mergers-and-acquisitions sorts who management the capitalist machine.

Love watch, hate watch: It’s all good, so long as they watch.

Showtime has pairing “Billions” “Black Monday” , giving the pay-cable network its own Richie Rich block that continues Hollywood’s long tradition of lionizing and demonizing the gated genre of high finance.

Let’s invest some time in the diversified portfolio of projects that have  yielded strong financial returns:

If you love an uninvited outsider who ruins the rich kids’ party (and maybe the entire economy): “Black Monday”

Maurice “Mo the Marauder” Monroe (Don Cheadle) is the latest Wall Street hero/villain, a Lamborghini-limo-riding, coke-snorting epitome of excess whose sad behavior may serve as a catalyst for the 1987 stock market crash, although it’s balanced (somewhat) by his shakeup of an exclusive white boys club.

If you love a complex cat-and-mouse game between brilliant, morally compromised foes:  “Billions”

Until recently, Chuck Rhoades (Paul Giamatti) was a powerful U.S. Attorney with a taste for kink who pushed the boundaries of fair play in trying to bring down billionaire hedge-fund manager Bobby Axelrod (Damian Lewis), an up-from-the-streets philanthropist who has a taste for insider trading. In Season 4, there’s a truce of sorts, although it’s probably temporary. These guys always have a complex endgame, with room for only one winner.

If you want to hate a banker at Christmas: “It’s a Wonderful Life”

Mean Mr. Potter (Lionel Barrymore) is a churlish lender who pretty much created the TV and film archetype of the penny-pinching banker. The miserable miser, George Bailey’s opposite and antagonist in the 1946 Christmas classic, would have turned all of beautiful Bedford Falls into ugly, impoverished Pottersville if George hadn’t saved the day.

If you want to love a banker at Christmas: “It’s a Wonderful Life”

A profession that rarely receives a sympathetic screen portrayal also features one of cinema’s most beloved heroes: George Bailey (Jimmy Stewart). George sacrifices his own personal dreams to maintain the family’s Building and Loan,  helping his neighbors build Bedford Falls into a healthy, happy community. No subprime loans with this guy.

If you want to hate and then love a banker at Christmas: “A Christmas Carol”

Ebenezer Scrooge, the money-lending central character of Charles Dickens’ novel and many films, goes from mean-spirited parsimony to joyful philanthropy with the help of some forbidding ghosts – and apparently no concern for maximizing charitable tax deductions.

If you love complex financial transactions that require your full attention: “The Big Short”

Director Adam McKay, who brought his entertaining explanatory skills to 2018’s Oscar-nominated “Vice,” about former VP Dick Cheney, visited the arcane arena of intricate investments to explore the 2008 financial crisis. Subprime mortgages and collateralized debt obligations were helpfully explained by Margot Robbie and other stars to help viewers without MBAs.

This 1983 Eddie Murphy-Dan Aykroyd film centers on a bizarre human experiment conducted by two old-money racists, and hinges on the minutiae of orange juice options. But you don’t have to think too hard (although NPR’s Planet Money affords an explainer on the transaction and a 2010 financial-overhaul regulation contains an Eddie Murphy rule). After all, it ends with one of many dangerous guys in a gorilla go well with warding off the romantic advances of an actual gorilla.

If you love comedic greedy bankers: “The Beverly Hillbillies”

Milburn Drysdale (Raymond Bailey) set the standard as a sycophantic, salivating bank president who would debase himself for a rich client like Jed Clampett while ruling as a petty tyrant over anyone without a seven-figure bank account.

If you love (or love to hate) dramatic greedy investors: “Wall Street”

Gordon Gekko (Michael Douglas) has staying power. His “Greed is good” mantra, uttered in the 1987 film, is quoted 30 years later both by those who condemn it and others who live by it.

If you hate sleazy manipulators who squeeze granny for her pension: “Boiler Room” or “Enron: The Smartest Guys in the Room”

The working-class stiffs of 2000’s fictional “Boiler Room” use pump-and-dump sales techniques to rip off small-time investors. In the truth-is-uglier-than-fiction category, two real-life employees of Enron, the energy-trading company that turned out to be  a massive fraud, were caught callously joking about the theft of money from “Grandma Millie.”

If you love the idea of a smart, working-class woman getting a seat at the power table: “Working Girl”

Mike Nichols’ 1988 celebration of Wall Street capitalism hasn’t aged well considering events of the last 30 years, but it does make a case for equality with heroine Tess (Melanie Griffith), the Staten Island striver who finds success in a world dominated by men with silver-spoon pedigrees.

If you love tales of greed and excess that end in disaster: “Barbarians at the Gate”

This 1993 HBO film, based on a best-selling book about the leveraged buyout of RJR Nabisco, shows the cost in corporate debt and employee jobs when rich guys fight each other for money and power.

If you love tales of greed and excess that stave off  disaster:  “Too Big to Fail” 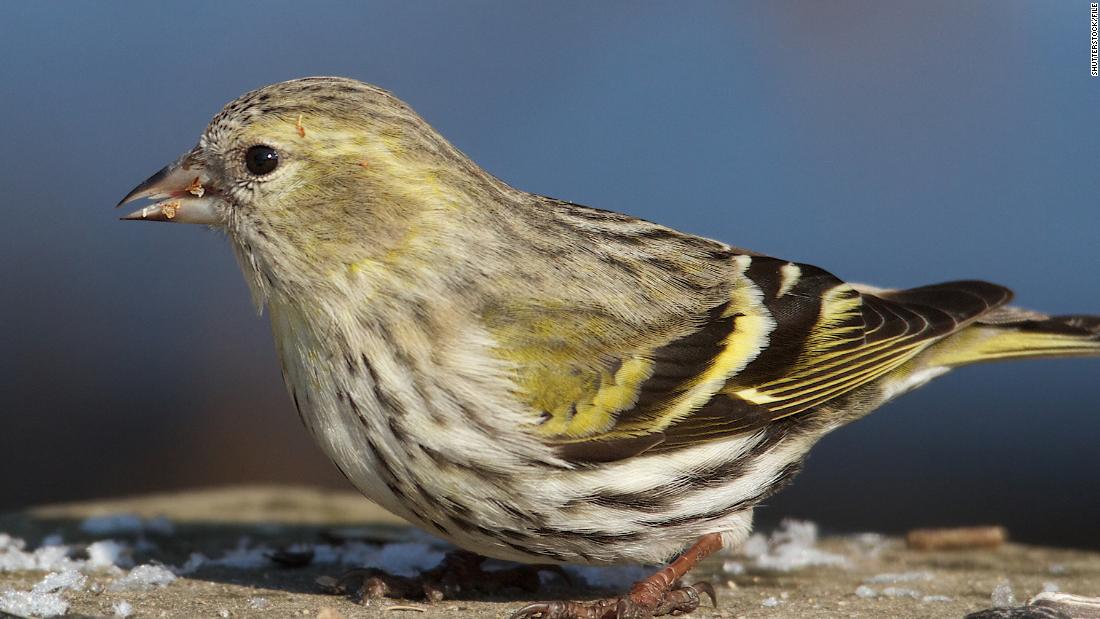 Salmonella infections in 8 states could be tied to wild songbirds, CDC says 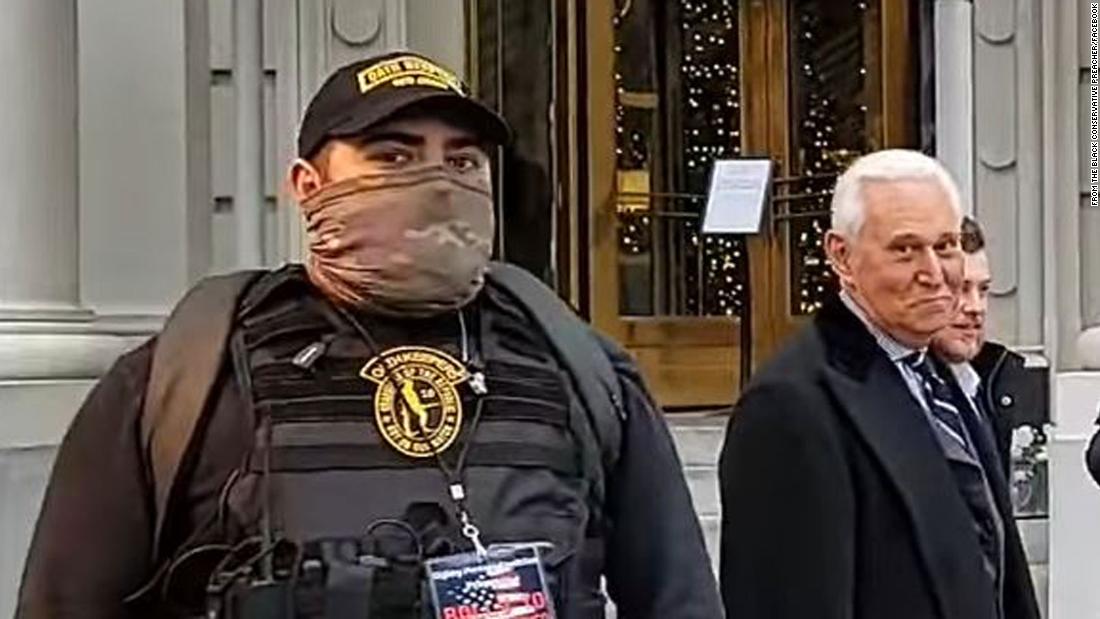