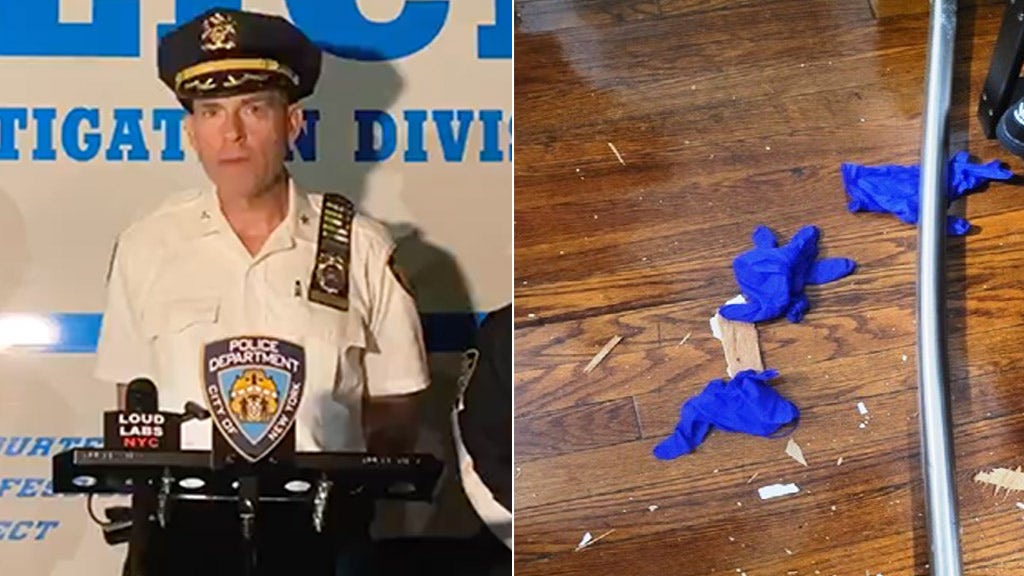 A New York City police officer shot and injured a man who lunged at cops with a metal pipe throughout an incident Friday evening, police mentioned.

Police responded at round 10:35 p.m. to a disturbance concerning a 45-year-old man who was “acting erratically” inside his Staten Island condo.

The officers managed to carry the man outdoors to an ambulance, however the man took off as he obtained remedy and returned to his condo, NYPD Deputy Chief Charles McEvoy instructed reporters.

The man picked up a 2-and-a-half-foot metal pipe, which he swung at pursuing officers. One of the officers shot the man, putting him within the torso.

The officers instructed him to drop the pipe however he refused, the New York Post reported.

EMS staff took the man to Staten Island University North Hospital and is he recovering. Both officers have been taken to the identical hospital for medical analysis.

Police collected the pipe as proof.

A neighbor, who solely gave her title as Sharon, instructed the Post that the man had threatened her earlier that day. He had harassed her as she was crossing the road, telling her to “give it back,” she mentioned.

SECOND DC FIREFIGHTER HAS CAR STOLEN IN ONE WEEK, THIS TIME IN ARMED CARJACKING

“Then he goes, ‘I want it back. I know you took it. If you don’t give it back to me, you’re going to see what’s going to happen,'” Sharon mentioned.

She instructed the Post she was the one to name the police after she noticed him screaming as he walked up and down the block.

She mentioned cops have responded to earlier calls involving this resident over the past two years.